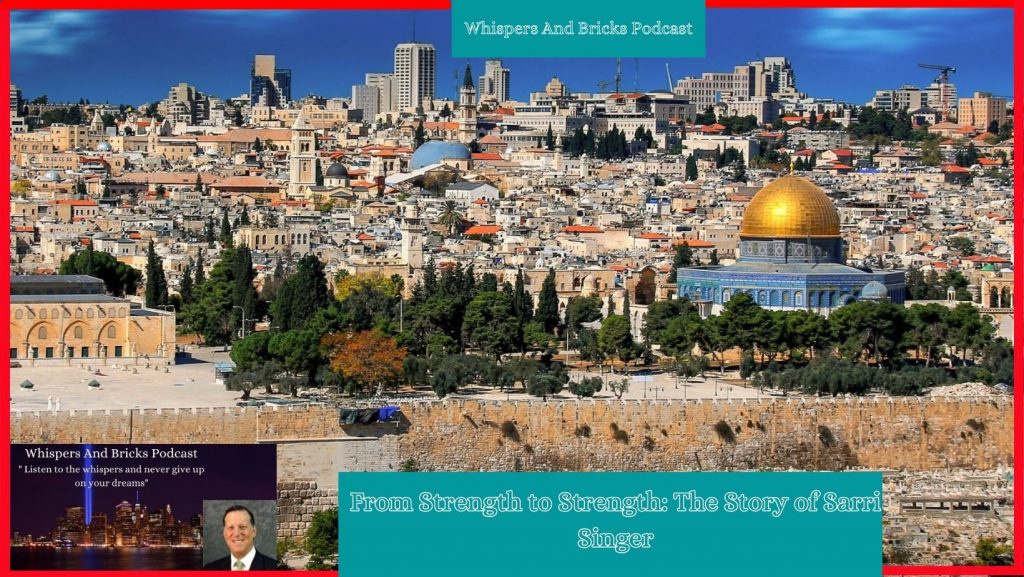 Sarri Singer has an inspiring story that in many ways parallels Ari’s experience. This is largely because they are both survivors of deadly terrorist attacks, Ari on September 11, 2001, and Sarri on a bus in Jerusalem in 2003.

Sarri once worked near the World Trade Center. The events of 9/11 impacted her life deeply. So, in December of 2001, she left her job and moved to Israel to help victims of terrorism.